Where are they now?

Below we take a look at some athletes that have passed through the gates of Southington Sports.  Let's find out where they are now?

CONGRATULATIONS:  Jordan Chapman 2011 Graduate from SHS was named Special Team Player of the Year at Fordham University. He is pictured with Head Coach Joe Moorehead. 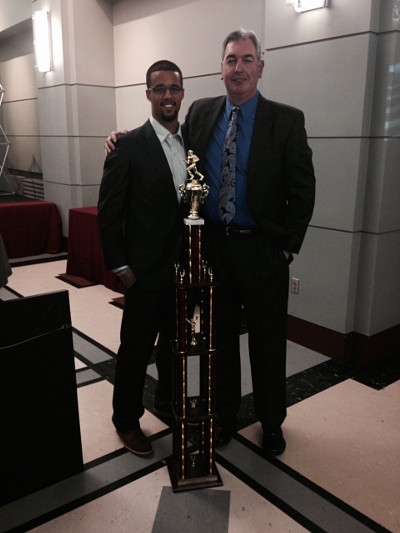 Follow up; Congratulations to Corinne Horanzy who is a SHS Graduate & Freshman at University of Hartford.  Corinne received Scholar Athlete for woman's volleyball and also made the America East Conference All-Rookie Team!  Way to go!!!

Follow Up: 2011 Southington Graduate Greg Smedberg finds success playing for The American International College mens soccer team.  Last week Greg had a key goal vs Stonehill College which led his team to victory.  It wasn't long ago he was playing on the SHS pitch topping off his senior year with 15 goals.

Eric Swallow & former Southington High QB Rob Thomson sit down and talk about Rob's day on the Southington Grid Iron plus his days at Syracuse. 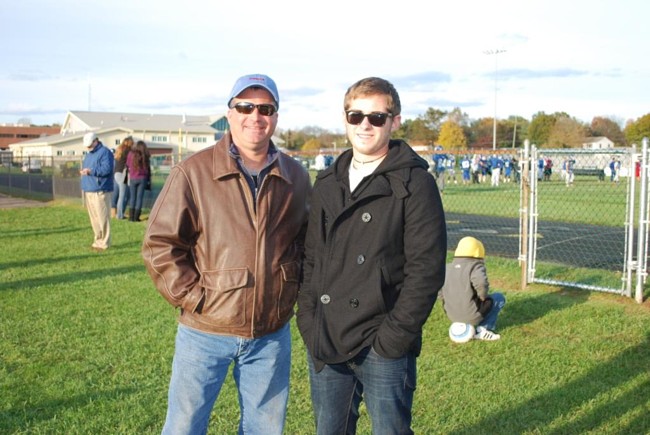 John and Jamie Crowley are one of Southington's father and son scoring machines who both had successful careers for the Southington High School Soccer Team.  John who currently lives in Southington with his family and holds the single season scoring record for the Blue Knights with a total of 26 goals.  He also broke the career goal scoring record with 46 career goals.  John became Southington's first All-New England and All-American player.  John  graduated from SHS in 1984 and currently works for the town of Southington maintaining the very fields he once dominated.

Jamie Crowley who graduated in 2010 had a very successful career as a Blue Knight topping his senior season off with 9 goals. This helped the Blue Knights to the 3rd round of the state tournament. Jamie played a season of collegiate ball and currently lives and works in the area.  He still takes the field w/ many of his former Blue Knight teammates playing in local leagues.  The Blue Knight bonds live on.

Keep your eyes open for this dynamic duo in future Alumni games which are played every Sunday of Labor Day Weekend at Recreation Park in Southington vs. the incoming varsity squad.